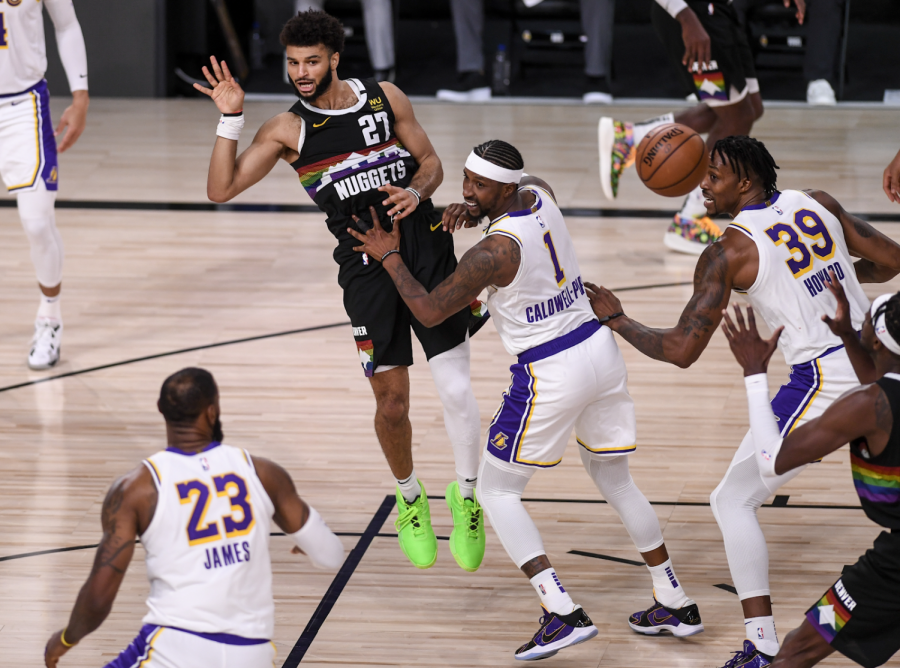 LAKE BUENA VISTA, FL– Game 3 was just not the Lakers’ night. Bloated from the emotional Game 2 win, the Los Angeles Lakers dropped Game 3 to the Denver Nuggets with a 114-106 loss. The Nuggets led by as many as 20 but the Lakers were able to bring down the deficit to as little as 3 points late in the 4th quarter. Still, it was too little too late for the Lakers and they’ll look to rebound quickly in Game 4.

In the opening quarter, both teams looked like this game was going down to the wire. LeBron James & Anthony Davis opened the game by combining for 13 points in the 1st quarter, but Denver’s center Nikola Jokic scored 11 in the quarter by himself. Jokic’s scoring and Jamal Murray’s assists helped propel Denver to a 29-27 lead at the end of the quarter. Both teams shot well but both teams didn’t take many shots, indicating that the defenses were performing up to the task.

In the following quarter, Denver took more of a command of the game. While Jokic only padded 4 points in the 2nd quarter, surprise guard Monte Morris dropped 12 points in just 8 minutes of play and Jamal Murray posted 9 points on his own to give Denver the 10-point advantage heading into the half. The Lakers on the other hand had an underwhelming 2nd quarter. LeBron and AD only combined for 11 points while the rest of the Lakers combined for 15 points in the quarter. Guards Danny Green and Alex Caruso noticeably struggled throughout the night and it forced the Lakers to enter halftime down 53-63.

In the 3rd quarter, it was more of the same for both teams. The Nuggets looked more efficient and focused than the Lakers as guard Jerami Grant added 12 points while Jokic & Murray combined for 13 points to keep the pressure on the Lakers. Even though the Lakers were down by 1it was a sign of caution for the Lakers that the Nuggets team does not fold. Weirdly, this reality check for the Lakers is a good thing after the high emotions in the aftermath of Game 2. The Lakers looked out of sync and unfocused in Game 3, but with the loss, it’s pretty doubtful you’ll see another performance like that from the Lakers in this series. Especially the way LeBron looked after the game, rest assured that you won’t see that lack of effort for at least this series.

The Nuggets have been cardiac kids throughout the postseason. From beating Utah after trailing 3-1 to beating the Lakers crosstown rivals the next series after trailing by the same margin, this Nuggets team has no quit in them. But neither does this Lakers team. LeBron did not come to Disney World for 2 months just to see another team lift that trophy. He is a man on a mission and so are the Lakers. Next up? The Lakers hit the court again on September 24th as they look to take Game 4 at 6 pm on TNT.