The Fight to Open to Schools 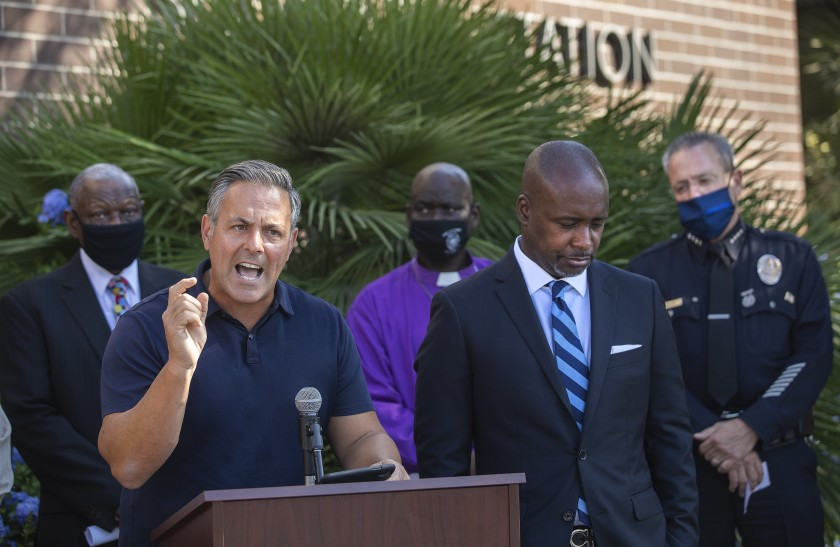 In 31 days, LAUSD schools will have been closed for a full calendar year, after the initial closures told students, teachers, and parents that they would only last two weeks. For a long time, there has been much turmoil over when and how schools will reopen, but within the jurisdiction of LAUSD, only one attempt has been made, and LAUSD was unable to follow through due to a spike in new COVID-19 cases.

The debate about reopening LAUSD schools is just as prevalent now as it’s ever been in the past months, and on February 4, 2021, LA Councilmember Joe Buscaino announced that he planned to introduce a motion at the City Council meeting on February 9, 2021, that would direct Mike Feuer, the LA City Attorney, to file a lawsuit against LAUSD.

Buscaino’s planned lawsuit would force LAUSD to reopen in-person schools, but it wouldn’t be the first to do something of the sort. The San Francisco City Council also sued its school district with the same purpose, and the lawsuit cited new state law, requiring districts to allow students access to in-person classrooms “whenever possible.”

LAUSD Superintendent Austin Beutner has stated that “For the first time in almost a year, it looks like things are headed in a better direction,” but he recognizes that “COVID isn’t going away any time soon and there’s a lot that has to happen to get schools reopened,” (Beutner’s LAUSD Update from February 1, 2021). Superintendent Beutner has made it clear that he does not feel comfortable allowing schools in his school district to reopen.

Beutner’s stance is corroborated by the fact that the district has yet to come to an agreement with United Teachers Los Angeles (UTLA) on a reopening safety plan. Two major points of interest in the dealings between the two groups have been high case rates that have kept the county in the purple tier and vaccinations for teachers. Regardless of this, however, Councilmember Buscaino feels that these negotiations have taken far too long.

Although San Francisco was successful in its effort to sue its school district, the COVID-19 situation in the Bay Area is far different than that in LA County. During the week of February 4, 2021, the adjusted COVID-19 case rate in San Francisco County was 12.5 per 100,000 people, whereas the same for LA County was more than double that.

Because of this, among other things, and despite Councilmember Buscaino’s convictions, LA City Attorney Mike Feuer does not share in Buscaino’s support for the case. A spokesperson said that “A lawsuit is an adversarial move.” In his own public statement, Feuer said, “The best way to achieve these shared goals is to work together, not as adversaries.”

Despite Feuer’s rejection of the motion, Buscaino believes that Beutner’s intent to wait for vaccinations for teachers and lower case rates is proof that his threatening of a lawsuit worked to nudge LAUSD in the direction of forming a serious plan for reopening.